Our first instalment of our Global Health Engage series. 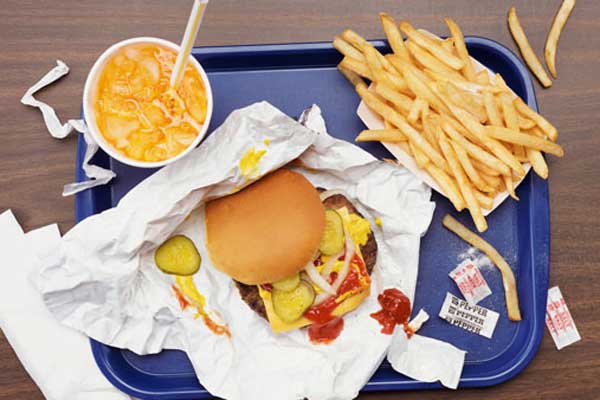 In our Fall 2011 issue, Juxtaposition featured a Global Health Tidbit detailing a new “Fat tax” that had been imposed by the Danish government on October 2011.  Hailed as a “remarkable approach to public health”, the novel tax sought to impose a surcharge on foods containing more than 2.3% saturated fat (including meats, processed foods and dairy).

At the time of its introduction, this tax was viewed by policymakers as an ideal initiative to discourage poor eating habits by encouraging consumers to purchase healthier food options.  As cited by the BBC, the Danish National Health and Medicines Authority estimate that roughly 47% of Danes are overweight and 13% obese.

Yet, just after a year of introduction, the Danish government abolished the tax citing unforeseen consequences on consumer spending patterns and decreased business productivity within the country. It was seen that Danish consumers refusing to purchase higher taxed food began to shift their purchasing power to neighbouring countries such as Germany, which began to yield bad business for local business owners.  Consumer spending patterns also revealed that foods classified as ‘healthier’ didn’t necessarily take front and centre stage over their unhealthier contenders.

Part of what makes curtailing obesity such a complex public health issue is the unwavering fact that its cause is multi-dimensional.  There is  no one culprit that individuals, policymakers or public health practitioners can blame or turn to as a quick fix.  Poor eating habits are not only fuelled by the consumption of unhealthy foods, but also by lifestyles embedded within a context where individuals may not have access to healthier and often, more expensive, food options.  As lunch time approaches, it is not surprising that many may turn to a $5.00 burger or pizza combo and forgo the more expensive $9.00 garden salad with strips of chicken breast and fresh peppers.  Sure, this example may be a tad sensationalized, but it doesn’t overlook the reality that healthier food often costs quite a bit more.  And a simple tax may not be the solution needed to balance this discrepancy and incite sustainable behaviour change; particularly when too many businesses have their own interests of economic productivity at heart.

With the publication of the 2009 World Health Organization’s Systems Thinking for Health Systems Strengthening, there has been a growing interest in the utility of applying a more systemic perspective when implementing policies, strategies and programs targeting multi-dimensional public health issues. This involves taking a holistic view of the health system by looking at the context in which the health system operates that include the interrelationships, synergies and dynamics between component sectors, businesses, etc. Thus, from a policy perspective, a more thorough system’s analysis could have possibly revealed a variety of economic consequences that may have been avoided on local producers and businesses.

While some may no longer view this tax as a ‘remarkable approach’ per se, there is great potential to significantly inform our thinking around public health policy development and implementation.  As researchers, policymakers and practitioners, we are often inundated with the so-called ‘winnings’ of public health initiatives — i.e. behaviours have positively changed, morbidity rates are down and the ‘purchasing of healthier food’ may now be on the rise.  But, rarely, if ever, do we celebrate the ‘learnings’ emergent from initiatives that haven’t reached those intended successes.  There is an opportunity to learn from this Danish example and not necessarily turn our back and walk away with a sigh of “obviously”.

As Aaron Carroll of The Incidental Economist contends, “policy [IS] hard.” However, this example does amplify two salient points: (1) The utility of adopting a systems approach can be of utmost value in forecasting how a policy may be internalized within a system and ultimately influence different subparts (i.e. businesses, different sectors, etc.); and (2) all stakeholders, whether directly involved in policy development or indirectly involved through implementation, have to be committed to the same end goal (i.e. committed to minimizing poor eating habits even though it may be economically counterproductive for some). Without such alignment, policymakers, business owners, economists, etc., will continue to cultivate an environment where policy is short-lived and potentially new problems, in need of remediation.

Kadia Petricca is a PhD candidate of Global Health Policy at the University of Toronto’s Institute of Health Policy, Management and Evaluations.  Comments or questions can be directed to: k.petricca[at]mail.utoronto.ca.